In August, experts from across the world met in Costa Rica to work on a standardised guide to measure and model carbon in soils of livestock systems.

Carbon sequestration corresponds to an increase in the stock of soil organic carbon, which can be measured at farm level or estimated in different ways from balances of carbon fluxes. The lack of consensus on methods and data to account for soil carbon stock changes is an important barrier to correctly report its sequestration potential.

To address these issues, over 20 experts who comprise the Technical Advisory Group of the Livestock Environmental Assessment and Performance (LEAP) alliance on changes in soil carbon stocks, met in Costa Rica in August this year. The aim of the meeting was to harmonise the different methods used for measuring and calculating stocks and changes of carbon in soil in livestock systems to develop a standardised guide.

The experts gathered at the meeting reviewed the methods research centres and other actors use and identified existing differences between them. Once they had reached a technical consensus, the experts worked on defining guidelines on how to measure and model carbon in livestock soils such as grass- and rangelands.

“These guidelines will serve as a tool for researchers to provide inputs to policy makers for the development of strategies and programs to mitigate climate change in the livestock sector,” says NIBIO-researcher Daniel Rasse who sits in FAO’s Technical Advisory Group on Soil Carbon Stock Changes in Pastures.

During the inauguration of the meeting, which took place at CATIE's headquarters in Turrialba, Mario Piedra, deputy director general of the centre, welcomed and highlighted the internationality of the event that included experts from Asia, Africa, Europe, North America, South America and Oceania.

Camilo De Camillis, manager of LEAP, explains that LEAP is an alliance associated with FAO that combines multiple actors from the government, private sector, NGOs, CSOs, among others. In addition, LEAP works for the Sustainable Development Goals in the context of the Global Agenda for Sustainable Livestock.

"We seek to build a global consensus on science-based methodology, indicators and databases to understand the environmental performance of livestock supply chains, in order to create evidence to serve as a basis for policy measures and business strategy and farming management. With the group of experts we wish to find out if it is possible to store part of the GHG emissions produced by livestock in the soil and what effect this has on the carbon balance,” De Camillis says.

According to De Camillis, LEAP chose Costa Rica as the venue for the meeting because it is a livestock-producing country, which is very proactive in terms of research and policy initiatives.

"We wanted to come here to learn more about the livestock research being carried out in Costa Rica, especially in CATIE that is a member of the Global Agenda for Sustainable Livestock," he says.

As part of the meeting, the experts went on a field tour which included a visit to two livestock farms. The first one was a private farm certified as carbon neutral and the second was an experimental farm of the National Institute of Innovation and Transfer in Agricultural Technology (INTA in its Spanish acronym) of Costa Rica, where they focused on knowing the role that pastures play in carbon storage.

"The experience has allowed experts to figure out how a livestock farm can be managed while respecting the environment and providing environmental and economic benefits to producers," De Camillis says. 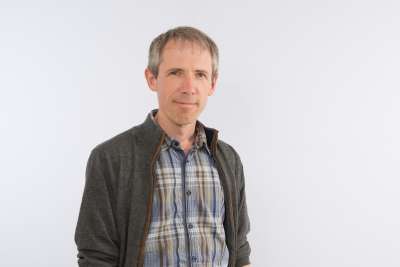 The LEAP meeting was convened by the Food and Agriculture Organization of the United Nations (FAO), in collaboration with CATIE (Tropical Agricultural Research and Higher Education Center) and the Ministry of Agriculture and Livestock (MAG) of Costa Rica. This is the second time the participants in the Technical Advisory Group on soil carbon stock exchanges meet to work on carbon in livestock soils, the first meeting was held at FAO headquarter in Rome, Italy in March 2017. Read more about the TAG here.