Way up north, in the Pasvik valley close to the Norwegian-Russian border, lies Svanhovd, a research station belonging to the Norwegian Institute of Bioeconomy Research, NIBIO. The climate in this secluded area is typical for arctic regions, with long, icy cold winters and short, light summers. For two months each year, however, the sun does not set, and in July the temperature can rise to 20 degrees. This renders it possible to carry out fodder production in the region, albeit with a growing season of maximum 110-120 days.

With temperatures anticipated to rise three degrees in future, this may all change. But exactly what kind of impact will a temperature increase have on these hardy ecosystems? What can farmers expect in the years to come as far as yield is concerned? How will the soil be affected, and what kind of impact will a warmer climate have on the soil’s microbes? What will the future fertilization needs be? These are just some of the questions that the research team behind the MeadoWarm project is currently trying to find answers to.

“The predicted relative temperature is higher in the vulnerable arctic areas than in more southern areas. In MeadoWarm, we have warmed up plots to see what affect a rise in temperature has on various soil processes concerning soil microbes, moisture, carbon and nitrate content, and pH. We’re also trying to find out if a temperature rise may have an impact on GHG-emissions, the carbon budget and not least, the vegetation itself – its composition, root biomass, quality and yield,” project coordinator and researcher at NIBIO, Dr. Hanna Silvennoinen says.

To measure all this, the study site for the MeadoWarm project has been designed down to the smallest detail. Ten four meter wide hexagonal trampoline frames each circle a study plot, on which a specific mix of species has been planted. Five of the trampoline frames have warming elements attached to them, creating a three degree temperature increase for the plants below. 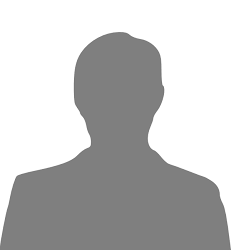 MeadoWarm is a longterm climate change experiment on arctic meadows with a project duration from 2013-2016. The project is coordinated by the Norwegian Institute of Bioeconomy Research, NIBIO.

The project is funded by the Research Council of Norway (NFR).