With better information, better decisions can be made. Advances in inventory technology provide forest data at ever smaller scales – from region-wide assessments of forest resources, down to detailed imaging of individual trees.

A key to the better information is the combination of field data from national forest inventories (NFI) and three-dimensional remote sensing data. The new SNS-supported network CARISMA will strengthen the already strong cooperation in this field among Nordic inventory teams.

- CARISMA will help us to maintain and increase the research advantage in the Nordic NFI teams by streamlining our research activities. A formal motive of the network is to avoid duplicating work and conducting parallel research. This will optimise the invested R&D efforts in the respective countries, says Johannes Breidenbach at the Norwegian Institute of Bioeconomy Research (NIBIO), as the coordinator of the CARISMA network.

CARISMA stands for “Centre of advanced research for the innovative use of 3D remote sensing in mapping of forest and landscape attributes based on national forest inventories”. It is one of the five CARs (Centres of Advanced Research) to be supported by SNS for the period 2016-2020.

In this animation the forest is represented using artificial colors in a three-dimensional point cloud based on overlapping aerial photos in RGD colors and infra-red. Illustrastion by Johannes Breidenbach, NIBIO.

Besides NIBIO, the network teams-up experienced researchers from Luke (Finland), SLU (Sweden) and the University of Copenhagen (Denmark). Other SNS countries and organisations will also be invited to contribute to workshops and specific tasks.

The last decade has seen extremely rapid development of inventory technology, not least through the implementation of airborne and satellite laser scanning. Developments in computing have also opened the door to more data from different sources being translated into accurate estimates of forest attributes. This allows the forest to be looked at in three dimensions, instead of the “old” two-dimensional remote sensing techniques.

The Nordic national forest inventories have a long history. Beginning in 1919, Norway was in fact the first country in the world to initiate a nationwide forest survey (Landsskogtakseringen).

Finland carried out its first national forest inventory in 1921-1924, and Sweden followed with the launch of Riksskogstaxeringen in 1923. The inventory is traditionally based on field sampling, but what has changed is the inclusion of data from other sources, including remote sensing.

- The NFI teams invest considerable research funds into not only answering questions such as “how much” on national scales but also “where” forest and tree resources are on local scales. The combination of NFI field data with 3D remote sensing is a key technology in this respect. Also new methods for obtaining field-based data such as terrestrial laser scanning and close-range photogrammetry are developing quickly and will be investigated in CARISMA, says Johannes Breidenbach.

The operational use of laser scanning has gone from local tests to national coverage. Sweden and Denmark have now been completely scanned from the air, and so have most of Norway and Finland. All four countries also use or plan to use 3D data from image matching for mapping forest characteristics. In short order, the information has become publicly available, and anyone can now zoom into maps and access information pertaining to timber volume, productivity, tree height etc. at the stand level and beneath.

The large amount of data from laser scanning could not have been used so efficiently without the field data obtained in the national forest inventories. The so called ground- truth that the NFI data constitutes provides the reference which is subsequently used to interpret the data from the 3D point clouds, and then translated into tree height, volume, and diameter or tree species.

The improved small-scale information can be used as base map in forest management planning. The list of applications is long and includes municipalities that need local information on carbon stocks and changes for local action plans, forest companies requesting information on cutting potential in small areas and planning of afforestation and intensive biomass extraction, and the influence on social aspects such as recreation and economics, especially in areas of higher population density.

However, there is still a need for further improvements. Johannes Breidenbach gives some examples:

The CARISMA steering group will meet annually to coordinate the upcoming work plan, which will include several workshops for knowledge transfer. An international conference will be organised half- way through the funding period in order to gain international feedback and to disseminate results. The outcomes will include papers that summarise the state of the art of the methods that are considered.

- We also trust that Nordic-based companies will profit from our network and the experiences from workshops and conferences. The researchers involved are in frequent contact with Nordic companies that provide remote sensing data, and many of these companies are active on a global scale, says Johannes Breidenbach. 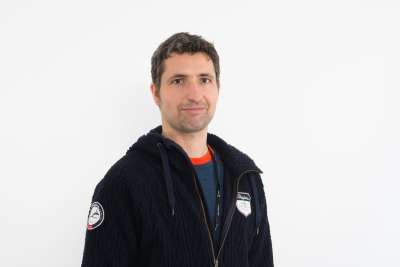 Three-dimensional (3D) remote sensing data have proved to be highly correlated with key forest parameters such as timber volume, biomass, and diameter distributions.

Nordic forest inventories are based on intensive field work. However, the precision of many important variables, such as timber volume, can be improved considerably using 3D remote sensing data, especially for smaller areas.

Due to hardware and software improvements, 3D remote sensing data are becoming available at low cost for use in national forest inventories.

Forest maps on the web

The Nordic countries have started to produce maps based on the combination of NFI field data and 3D remote sensing. Some of these maps are publicly available; others can be accessed only by authorised persons, for example forest owners.

The forest resources map is based on existing maps, terrain models, 3D image matching data and national forest inventory field data. The maps can be viewed on-screen at www.skogoglandskap.no/kart/skogressurskart. Currently (spring 2016), the county of Nord-Trøndelag is covered. Several areas are under processing and the ambition is to cover the whole country as data become available.

Laser scanning combined with national forest inventory data has been used to produce a forest attribute map of the entire country. Currently (spring 2016), only a few areas along the treeless mountains remain unmapped. The forest variables are published as digital maps on the public website www.skogsstyrelsen.se/skogligagrunddata and via E-services for individual private forest owners.

Laser scanning inventories are carried out regionally and maps are available to private forest owners through www.metsaan.fi.

Maps based on NFI and traditional optical remote sensing are available since a long time:

CAR: Centre of Advanced Research for the innovative use of 3D remote sensing in mapping of forest and landscape attributes based on national forest inventories (CARISMA).