Today, Norway produces less bioenergy than most Nordic neighbours. New research shows it can be increased sustainably through local action, but the right national and supranational frameworks as well as local adaption and acceptance are crucial.

Increasing the use of renewable energy is a global aim in order to replace fossil fuels and reduce greenhouse gas emissions. Bioenergy is produced from renewable organic material, such as plants and by-products from forests.

In Norway, it is also a national goal to increase the production and use of sustainable bioenergy. Here, the potential for increased use of wood for bioenergy production is high. The annual volume logged is far lower than the regrowth. In addition, harvesting residues such as branches and twigs are currently largely left in the forest unused.

Only 5% of the energy produced in Norway today is bioenergy from forest biomass, compared to about 28%.in neighbouring Sweden and Finland. One of the main reasons for this is down to the fact that it is less important to the Norwegian economy. Norway already produces enough renewable energy through hydroelectric power plants, and this means there is less pressure to make a shift.

However, bioenergy production would not only create sustainable energy, but also have the potential to create employment, enterprise and value-added in rural areas.

The newly concluded Triborn project, led by the Norwegian Institute of Bioeconomy (NIBIO) in collaboration with several partners, has looked at bioenergy production in selected European countries.

According to Atle Wehn Hegnes from NIBIO, who has managed the project, the TRIBORN-team has worked with local citizens, enterprises, foresters, municipalities, and experts creating and adapting sustainable forest-based bioenergy enterprises.  The interdisciplinary team analysed bioenergy case studies in Norway, Finland, Sweden and Italy over a three-year period from 2014 until 2017 to deepen the understanding of a set of related questions, crossing disciplinary borders.

One of the main aims has been to increase production of bioenergy in Norway in ways that promote sustainable development with positive economic, social and environmental outcomes for rural areas, as well as to promote the achievement of national bioenergy targets. 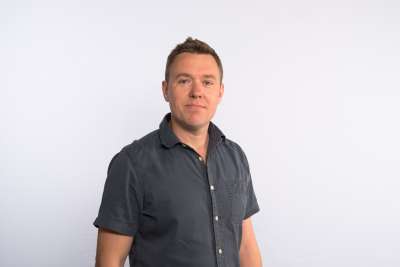 The Triborn-project has investigated how to increase production of bioenergy in ways that promote sustainable development understood as positive economic, social and environmental outcomes - in rural areas. The 3.5 year research project was funded by the Research Council of Norway under the Bionær programme and involved research in Norway, Sweden, Finland and Italy. The many papers and popular articles, as well as the final Policy Brief, published during the research can be found through the TRIBORN website which is also available at the Nordic Energy Research website: http://www.nordicenergy.org/project/triborn/.

- The business case we are talking about in Triborn is to transform local low-cost biomass to local grid energy. It is a bottom-up perspective which involves private and public stakeholders to generate legitimate rural development, says John Bryden, senior researcher at NIBIO.

- But although it is a goal to grow this production, bioenergy is hardly mentioned in the national bioeconomy strategy, Bryden says. The political debate surrounding bioenergy and increased loggings is divided, which makes it harder to push ahead. Effects of increased biomass harvesting for bioenergy on the natural environment have also received a lot of attention in Norway. Most of the concern has been about the effect on carbon sequestration.

However, the NIBIO-professor points out that there are strong developments in bioenergy as part of a circular bioeconomy in the rest of Scandinavia, which could also be achieved in Norway.

- This is the case in countries such as Finland and Sweden with large forests, but even Denmark with no forest to mention is ahead of us, he says.

Bryden says there are many motives for local communities to produce bioenergy in Norway.

- It is important to find a green solution to balance the oil-business. This is part of the shift from a black to a green economy. Bioenergy production can create industry and employment in local communities – and there are areas in Norway, such as along the eastern border, that have the necessary resources and really need such activities. For some communities it is also important to be seen as green. This could be due to different reasons such as tourism, local branding or simply because it is the right thing to do. Also, bioenergy can create greater security of local energy supply, he says.

According to Bryden, there is common agreement that there is scope to increase the harvest ratio from forests in Norway. But in order for this to become reality, it is important to have the right framework conditions.

- We need to provide carbon taxes of sufficient height to allow room for bioenergy development. There are higher CO2-taxes both in Sweden and Finland. There also need to be ethos and directions for sustainable development. We need a supportive regional, national and EU-framework, as well as local regulations and investments, he says.

To achieve this on an EU-level, it requires Norway to work closely with the local neighbours on a Nordic position and voice in Brussels.

- We don’t have a vote there, and new regulations from the EU may come in and possibly stop us from being able to harvest more forest, the senior researcher explains.

There are also other challenges that need to be addressed to increase production. The Triborn project shows that there is no recipe to fit all sites. Nicholas Clarke, research professor at NIBIO, does however emphasise that the results demonstrate that increased sustainable forest harvesting is possible.

- There are many factors to take into consideration such as soil, nutrients, biodiversity, water and landscape, but also things like recreation and visual qualities. Concerning the latter, logging residues are seen as untidy and disturbing to the landscape appreciation - so removal for bioenergy can be positive. But on the other hand, increased transport, physical disturbance and noise due to more harvesting are seen as very negative, Clarke explains and says it is complex.

Another challenge is that knowledge of risks to biodiversity is limited to a small number of case studies, and little is known about the long term impact. There are also differences between each case, according to Clarke.

- With regard to biodiversity, we only have short-term studies and we see that there are great variations between sites. What is sustainable in one site may not be sustainable in another. We have models that we can use to tell us some things about the effects, but we lack data, especially long-term data. Therefore, local knowledge becomes very important, such as the knowledge of the local forest manager. Local acceptance and application of governance measures is also crucial - as well as local ownership, Clarke highlights.

- There are also questions regarding whether a more intensified use of biomass will be sustainable with regard to the carbon cycle, he adds.

- Bioenergy production is not risk free. But I do think the risks are manageable and the challenges can be met with adaption to each local site, Clarke concludes, but adds thaturrently available information does not support firm conclusions about the long-term impact of intensified forest harvesting on soil organic carbon stocks in boreal and northern temperate forest ecosystems.

However, both NIBIO-scientists say it is difficult to predict whether bioenergy production will increase in the near future, as it will depend heavily on factors ranging from political climate to electricity prices.

But primarily, successful and sustainable development and adaptation of bioenergy in Norway depends on tailored local and regional actions, the researchers underline.