Findings on Norway spruce show how plants and animals can adapt better to climate change than previously envisaged.

The spruce remembers what the temperature conditions were like when it was a seed. This memory helps it adapt to climate change.

“There is a kind of flexibility in the genetic material. Environmental conditions during seed development create a memory of those temperature conditions. Much like a ‘molecular thermostat’ that can shift the growth cycle of the plant”, Carl Gunnar Fossdal explains. He is a senior research scientist with the Norwegian Institute of Bioeconomy Research (NIBIO).

This exciting phenomenon is caused by epigenetics, a hot topic in science. This field of genetics looks at how environmental and other external factors affect genes and their behaviour.

In the winter, the Norway spruce is so hardened that it will survive even if it immersed in liquid nitrogen, around 200 °C below zero.

In the spring, however, when the buds are flushing and it starts to grow, it has no tolerance for frost at all. If the buds flush, and then are confronted with late spring frost, all the new growth is likely to die and the tree will lose to other trees in the competition for space and resources.

The internal thermostat in the Norway spruce is set when the tree is still a seed. This happens in the developing embryo.

“Our research shows that this thermostat is set by epigenetic mechanisms, and the effect is lifelong”, Fossdal says.

Longer than a single life span

The effect could potentially last longer than the life of the tree itself, and be passed on to the offspring. The scientists do not know this for sure yet.

Fossdal and his colleagues at NIBIO and the Norwegian University of Life Sciences (NMBU) have only followed the clonal trees for eight years so far. They need to wait at least seven more years before the trees are ready to reproduce.

The work started more than 30 years ago. Most of the pioneer work was done by the Norwegian scientists Øystein Johnsen and Tore Skrøppa. Now, the scientists understand what is happening, but the exact details of these mechanisms are still an enigma. According to Carl Gunnar Fossdal: “We have a clear idea, of course, but the fine details have not been proven yet. That is what we are working on.”

The data so far support Fossdal's and his co-workers' hypothesis: Epigenetics change the hereditary material. The genes coding for the epigenetic machinering is affected by the conditions during embryogenesis and Norway spruce have more genes involved in the epigenetic machinery than broadleaved trees and herbs.

Epigenetic marks are laid down in the DNA as a response to the environmental conditions during epigenesis; the development of the embryo in the spruce seed. The trees show different growth rhythms based upon the environment where the seeds developed.

“This phenomenon has great importance for the discussion around climate change. It shows that the memory mechanism at least in these plants, and maybe in all, adapt to changes in the environment”, Fossdal notes.

Epigenetic changes happen in other species, too. Studies in mammals show that if a mother is stressed during pregnancy, her offspring are more likely to display nervous behaviour. It even affects humans. Dutch children born in a hunger period during World War II, when their mothers had too little food, did not only suffer from different illnesses than other children; they also passed this on to their own children.

Survival of the species

According to Carl Gunnar Fossdal and his colleagues, the findings in Norway spruce are important for the survival of the species. They are more adaptable to climate change than anticipated. Still only to a certain point, since the most important factor ultimately is what genes are present, but they are much more adaptable than previously thought.

The species need to do more than just be able to survive climate changes – they also need to compete with other species that thrive at warmer temperatures. 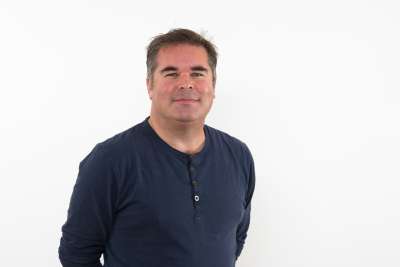 The latest findings on Norwegian spruce were published in Planta in February 2016.

The Research Council of Norway have given four scientists at the Norwegian Institute of Bioeconomy Research (NIBIO) a grant of NOK 25M to go deeper into the molecular memory of plants.

A project over five years will look closer at three species: Norway spruce, strawberries and thale cress. Carl Gunnar Fossdal, Paal Krokene, May Bente Brurberg and Tage Thorstensen will look at the plants' epigenetic mechanisms and how they adapt to changes in the environment faster than indicated by traditional genetics.