NIBIO Fureneset is situated on the coast in the municipality of Fjaler in Sogn and Fjordane county. Its location is representative for the coastal zone and fjords of western Norway, with mild winters, high precipitation and strong winds. The research station was established in 1938 for research into problems concerning soil and crop management in the western region.

The main research tasks for the employees at Fureneset are related to increasing land productivity for forage production, improving drainage, utilization of animal manure, climate gas emissions from the agricultural use of land and the adaptation of grass and clover to climatic factors. To some extent, research and development is also performed in connection with grazing and maintenance of cultural landscapes and on the damage caused to enclosed land and forest by the grazing of red deer. Fureneset is heavily engaged in research related to problems found in the western region, where interactions between soil and weather conditions lead to management challenges in the growing season and at harvest time, as well as with overwintering of grass.

The research staff at Fureneset are attached to the Department of Grassland and Livestock in the Division of Food Production and Society, but they also have close cooperation with several other departments in NIBIO.

The soil at Fureneset is developed mainly on moraine material, with dominantly sand and silt textural fractions, and with a small and variable amount of clay. Some of this morainic soil was originally characterised as shallow peat, but is now classified, due to its long period of cultivation, as humus-rich or humose mineral topsoil. Some land remains as deep peat, overlying morainic till. Soils at Fureneset are representative of much of western Norway.

There are three trials at Fureneset belonging to long-term time series, which have been found to be of interest from other research aspects than those for which they were originally designed:

The cultivated area at Fureneset is about 21 hectares. Of this about 9 hectares are used for trials, including land that is «recuperating» between trial periods. Most land is used for grass trials on contract from GRAMINOR, which includes «western evaluations» of new variety material. Fureneset also rents land for trials in topics related to drainage, soil structure and climate gas studies. This applies to two drainage trials, one trial with traditional drains in Askvoll in which considerable instrumentation has been installed on 1.2 ha, and one trial in Fræna, Møre and Romsdal county, in which digger-inversion has been used as the drainage method on an area of 0.3 ha.

The remaining area at Fureneset not used for field trials (ca. 12 hectares), is rented out to local farmers. The unenclosed land includes both forest and land that could be taken into cultivation. The forest is partly natural birch and Scots pine forest, and partly forest planted with Norway spruce, Sitka spruce, coastal pine, Pinus contorta and dwarf/mountain pine spp. Some of these plantations form shelter belts, which provide shelter from the prevailing winds and have thus improved the local climate.

A new office block and laboratory building was built at Fureneset in 1994. Cellar: workroom for processing of grass samples from grass trials, with drying cabinets, mincer and grinder etc.; first floor: plant and soil laboratory as well as some offices; second floor: offices, and in the attic a meeting room.

There is also a greenhouse at Fureneset, originally built for grass breeding, but used now more sporadically. In the cellar there is a workroom with drying cabinet for grass samples, as well as a cold store and freezer room. Fureneset is well-equipped for field trials in soil and crop management, with respect to both implements and other technical equipment.

The West of Norway Agricultural Advisory Service (NLR Vest) rents office space at Fureneset for two employees as does TINE for one employee. NLR Vest and other regional units in NLR are important cooperation partners. Besides this, Fureneset has close cooperation with the regional government (Fylkesmannen) in the western counties, which has resulted in several projects with funding from the Research Council of Norway (NFR), and from the Agricultural Directorate of Norway. Other cooperation partners are the Norwegian University of Life Sciences (NMBU), GRAMINOR, University of Bergen, University College in Sogn and Fjordane, the Climate Directorate (formerly DirNat) and the Agricultural Directorate. Cooperation with other departments in NIBIO is close, as intended in the new organisation model. The Council for Agricultural Cooperation in the counties of Hordaland and Sogn and Fjordane are also close cooperation partners, as also to a lesser extent cooperative councils in other parts of the country. 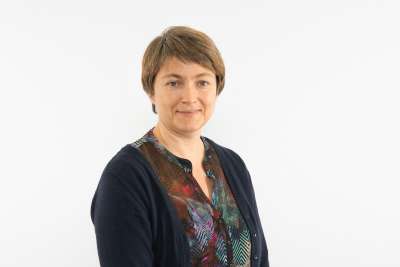