NIBIO conducts applied research on cereals, oilseeds, grain legumes, and forage seed crops. NIBIO has experts in agronomic solutions that promote yield and quality improvements while at the same time minimize the environmental footprint from production. 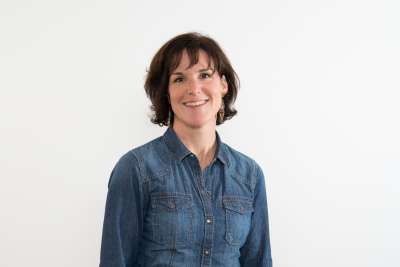 Cereal crops are the cornerstone of Norwegian food production. Due to marginal growing conditions, it is essential to identifying suitable varieties and adapt cultivation techniques to ensure successful production.

Cereals are grown on approximately 280 000 hectares of land in Norway. Grain quality varies dramatically each year in response to climatic conditions, and on average 15 % of wheat production is of sufficient quality for bread baking. The remaining 85 percent of wheat production, and almost all barley and oat production, is used as animal feed.  There are stringent quality requirements in place for Norwegian food grain. There is a great demand for applied research on cereal cultivation due to the need for appropriate management strategies for adapted varieties.

In previous years, turnip rapeseed has dominated oilseed cultivation in Norway but an increasing proportion of rapeseed is now being cultivated due higher yield potential and to the increasing availability of varieties with a shorter growing season requirement. Winter rapeseed cultivation is increasing in areas around the Oslo fjord, where it is possible to seed in mid-August.

Oilseed crops are rich in both oil and protein, features that are valuable for both human and animal nutrition. These crops are also very useful in a crop rotation with cereal crops, and add value through improved yield and protein content to cereal crops in the following year.

Grain legume is an umbrella term for several species within the pea family. Today, grain legumes such as peas and faba beans are cultivated to a limited extent in Norway, where they are primarily used as animal feed. To increase production in Norway, growers need access to varieties with shorter growing season requirements that are adapted for Norwegian growing conditions.

Grain legumes fixate nitrogen through a symbiosis with bacteria in their root nodules. These crops have a high protein content, making them valuable for animal feed and human consumption. Increasing the production of grain legumes will be a positive step, both in terms of diversifying cereal crop rotations and in increasing national protein production from the cereal regions.

NIBIO’s department of Grain and Forage Grass Agronomy has the national responsibility for forage  seed research, and more than 50 years of experience with cultivation techniques for forage seed production. These activities are based at the NIBIO Landvik site in Grimstad. We work closely with the forage seed production industry and Norsk Landbruksrådgivning (NLR — Norwegian Agricultural Extension Office) to maintain effective and environmentally appropriate production of conventional and organic forage seeds.