The main function of the BFJ is to generate the material used in the "jordbruksoppgjøret" — the annual agricultural negotiations that take place between Norwegian government departments and the farmers unions. 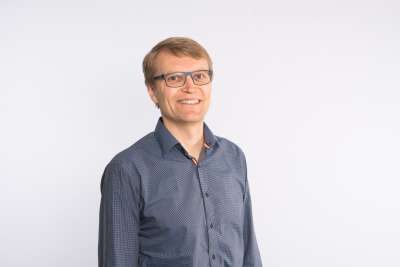 Members of the Budget Committee for Agriculture

The budget committee also includes neutral members from the SSB (Statistisk sentralbyrå — Statistics Norway) and the leader of the committee.

For 2019, the leader is Director General Knut Børve from the Ministry of Education and Research.

The material presents the economic status and development of agriculture in Norway and provide all parties with the information required for further evaluations and various independent analyses.

The negotiation process begins in the first half of April, when the BFJ presents materials describing the economic status of agriculture in Norway. This background information shows value creation as a whole across the agricultural sector, as well as developments in agricultural revenue.

It provides a common starting point for the negotiations because all of the parts that participate are represented by the BFJ and the BFJ, in turn, is responsible for preparing and presenting the background information used in the negotiations.

Once the background information has been presented, the farmers two unions, the Norges Bondelag (Norwegian Agrarian Association) and Norsk Bonde- og Småbrukarlag (Norwegian Farmers and Smallholders Union) agree on shared requirements and submit them to the government representatives by a specific deadline in late April.

The government representatives must submit their proposals to the farming groups by a specific deadline in early May.

Once the government representatives have presented their proposals, the agricultural negotiations begin. The parts must agree, by a specified deadline in mid-May, on a shared result that can be submitted to the Storting (Norwegian parliament). The Storting then considers the proposal until around mid-June.

If the parties cannot agree, it is usually the proposals from the government representatives that are sent to the Storting for consultation.

The background information for the negotiations is divided into three sections

The statement of results shows the revised figures for 2017, preliminary results for 2018 and the budget for 2019.

This information presents the financial results for 27 reference farms that represent different types of operation, sizes and locations. During the negotiations, the reference farms are used to calculate the impact of the requirements and proposals in different scenarios.

The calculations are based on figures from more than 700 agricultural enterprises that take part in the surveys of account statistics for agriculture.

This section provides data that highlights the development and achievement of goals in the agricultural sector. This data shows the impact of agricultural policy via a range of indicators and highlights changes within those indicators.

For example, structural development is shown through changes in the size of a farm and in the number of animals.
The geographical distribution of agricultural production is also documented in the performance control section.