International agreements on acid rain have been effective. A recent study shows that the amount of sulphate, nitrate and aluminium in European forest soil waters has decreased dramatically.

Researchers from ten countries have examined the changes in the chemistry of soil water in 171 forests across Europe. The study concludes that the amount of sulphate in forest soil waters has dropped during the period from 1996 to 2012. This is accompanied by a decrease in mineral nutrients such as calcium, magnesium and potassium.

Leader of the study, Jim Johnson from the University College Dublin, says that the sulphate drop suggests that the rate of nutrient losses from forest soils has slowed down.

”This is good news for forest soils as it helps maintain their nutrient pools,” he adds. ”Also, there is less aluminium in forest soil water now than before, which is good as aluminium can be damaging to tree roots should it reach high concentrations.”

Nicholas Clarke from the Norwegian Institute of Bioeconomy Research says the results of the study clearly show that international agreements concerning acid rain have had an effect.

“In the 1980s, acid rain was one of the major environmental issues in Europe. Widespread concerns about damage to forests, rivers and lakes led to international agreements curbing emissions of sulphur and nitrogen – air pollutants that acidify rain” he says.

The key question behind the study, has been to find out what effect these reductions have had on forest soil waters.

”We’re happy to see that they’ve had a positive effect”, says Clarke. ”Not only is there a drop in sulphate, we’ve also observed a decrease in the amount of nitrate. This is positive as many forest soils, especially in countries south of Norway, have been highly saturated with nitrogen earlier.”

Soil acidification is slowing down

Like sulphate, surplus nitrate in soil water can result in nutrient leaching from forest soils. Nitrate contaminates groundwater when present in large amounts and endangers its use as drinking water.

Elisabeth Graf Pannatier from WSL in Switzerland says that although the amount of nitrate in forest soil waters has decreased, nitrogen pollution from traffic emissions and agriculture is still an important issue for forests and soils in many parts of Europe.

”Our study highlights general trends in the water quality of forest soils in Europe, in which soil type and degree of pollution play an important role,” she says.

Mathieu Jonard from UCL in Belgium adds that the study shows that soil water acidity has not recovered from the fast soil acidification caused by acid rain in the past.

”Indeed, the acidification process which naturally occurs in soils is still ongoing, but now at a slower rate than before”, he says.

Due to the large amounts of acidifying substances that have been deposited to forests and the capacity of soils to store them, it may take several more decades before soil water chemistry adjusts to current rainfall chemistry. As such it is important to keep monitoring the situation.

”Soil water chemistry contains essential information; for instance it tells us whether nutrients in the soil are available for tree uptake, and to what extent nutrients are being leached from the soil”, says Nicholas Clarke.

”As far as nitrogen saturation is concerned, this isn’t a major problem in Norwegian forest soils, at least not in comparison to countries further south. Even so, it is important to continue analysing soil water chemistry on a regular basis seeing as a surplus of other elements such as sulphur and aluminium can be problematic, especially in already nutrient-depleted soils,” he adds. 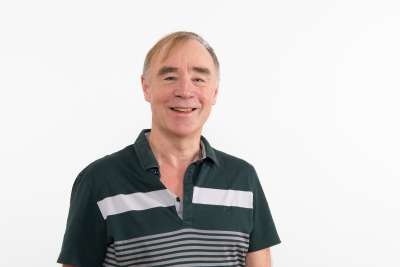 The study was coordinated by Jim Johnson, Elisabeth Graf Pannatier from the Swiss Federal Institute for Forest, Snow and Landscape Research WSL and Mathieu Jonard from the University of Louvain (UCL), in Belgium. Nicholas Clarke from the Norwegian Institute of Bioeconomy Research was one of the researchers involved.

For their study, the scientists used data collected from the European forest monitoring network “International Co-operative Programme on Assessment and Monitoring of Air Pollution Effects on Forests” (ICP Forests). The programme operates under a UN-ECE Convention, in close co-operation with the EU. Across Europe, each country follows the same procedures in collecting and analysing samples and has done so on a long-term basis. In addition, it allows scientists to see what effect air pollution is having across the entire continent. The Norwegian Monitoring Programme for Forest Damage, co-ordinated by NIBIO, represents Norway in ICP Forests.

Acid deposition arising from sulphur (S) and nitrogen (N) emissions from fossil fuel combustion and agriculture has contributed to the acidification of terrestrial ecosys- tems in many regions globally. However, in Europe and North America, S deposition has greatly decreased in recent decades due to emissions controls. In this study, we assessed the response of soil solution chemistry in mineral horizons of European forests to these changes. Trends in pH, acid neutralizing capacity (ANC), major ions, total aluminium (Al tot ) and dissolved organic carbon were determined for the period 1995–2012. Plots with at least 10 years of observations from the ICP Forests moni- toring network were used. Trends were assessed for the upper mineral soil (10– 20 cm, 104 plots) and subsoil (40–80 cm, 162 plots). There was a large decrease in the concentration of sulphate (SO 2 4 ) in soil solution; over a 10-year period (2000– 2010), SO 2 4 decreased by 52% at 10–20 cm and 40% at 40–80 cm. Nitrate was unchanged at 10–20 cm but decreased at 40–80 cm. The decrease in acid anions was accompanied by a large and significant decrease in the concentration of the nutrient base cations: calcium, magnesium and potassium (Bc = Ca 2+ + Mg 2+ + K + ) and Al tot over the entire dataset. The response of soil solution acidity was nonuni- form. At 10–20 cm, ANC increased in acid-sensitive soils (base saturation ≤10%) indicating a recovery, but ANC decreased in soils with base saturation >10%. At 40–80 cm, ANC remained unchanged in acid-sensitive soils (base saturation ≤20%, pH CaCl 2 ≤ 4.5) and decreased in better-buffered soils (base saturation >20%, pH CaCl 2 > 4.5). In addition, the molar ratio of Bc to Al tot either did not change or decreased. The results suggest a long-time lag between emission abatement and changes in soil solution acidity and underline the importance of long-term monitor- ing in evaluating ecosystem response to decreases in deposition.