Here is a list and descriptions of the measures that can be implemented to achieve improved water quality in agricultural areas. 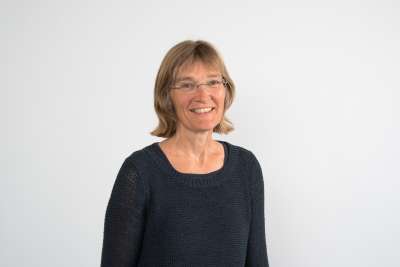 Measures against point sources
Point sources may include leakages from silos, manure storage, waste piles, barns, equipment washing facilities, farm buildings, etc. General advice on improvements are given in the Norwegian version of the guideline. Point source pollution needs to be assessed in an environmental plan that each farmer need to prepare for the farm. Failure to prepare such plans can lead to reduced subsidies. Furthermore, pollution from point sources are regulated by several different laws, which are referred to in the Norwegian version of this guideline.

Fertilizer planning
Fertilizer planning involves systematic quantification of the need for plant nutrients for the individual agricultural crop at each field of a farm. The fertilizer requirement is calculated based on a number of factors, primarily from the soil nutrient status and the crop's production potential for each location.

Conservation tillage
Conservation tillage involves minimum tillage before seeding, e.g. harrowing or direct seeding. It usually also involves no plowing in the autumn, in order to preserve stubble or plant cover during the autumn and winter. Conservation tillage will reduce the loss of soil and nutrients especially in steep fields, and can also be less time and energy intensive. However, the risk for fungi growth may increase.

Vegetated buffer zones
A vegetated buffer zone between the water body and farmland can act as an effective filter for soil particles, nutrients and particle-bound pesticides in surface runoff from agricultural land. Vegetation zones can also reinforce the stream and river banks and protect against landslides and excavation by the stream water.

Restoration of streams
In the agricultural landscape many streams have been led into subsurface drains, while other streams have been straightened out or regulated in other ways. Wetlands and ponds have been drained in order to cultivate the land. This can result in less biodiversity, pollution and increased flood peaks. In some locations it may be desirable to reverse this trend.

Catch crops are here defined as crops sown to increase the uptake of nutrients and protect the soil against erosion and nutrient runoff after the main crop is harvested. Catch crops are sown either in spring (at approximately the same time as the main crop) or direct after harvesting of early crops. Basically, catch crops are used on grain areas to reduce the runoff of nitrogen, but synergies with several other ecosystem services are present. The use of catch crops may  have positive effects on food production and water quality, reduced GHG emissions, carbon uptake, soil quality, reduced erosion, biodiversity and weed control.

Norway has adopted the Water Framework directive and intends to achieve good ecological status in all water bodies by 2021. The environmental condition of Norwegian rivers and lakes are good compared to those in most other countries in Europe. A preliminary survey of the status of all Norwegian water bodies shows that around 50 % probably will meet the EU objectives/requirements for the freshwater environment, while around a quarter are at risk with regards to the requirements (Snellingen Bye et al., 2010). For the remaining water bodies, data are not available or their status is uncertain. Agriculture has been identified as the third most important factor influencing the status of Norwegian fresh water bodies.