A new PHD-thesis from NIBIO and NMBU has revealed oat to be the best crop to grow in poor soil conditions with less available phosphorus.

Phosphorus is a critical element for plant growth. It helps plants convert other nutrients into usable building blocks, and is one of the main three nutrients most commonly found in crop fertilizers.

However, the world’s phosphorus reserves are being depleted at an alarming rate. The demand is expected to continue rising as we need to produce more food to feed a growing population.

In addition, more than 80 % of phosphorus in the soil is unavailable to plants because plants can only take up orthophosphate. However, research has shown that most plants are able to release some compounds that can make unavailable phosphorus available. PHD-student Yanliang Wang at NIBIO (Norwegian Institute of Bioeconomy) and NMBU is examining how certain plants are able to release organic anions through the roots, which increase the phosphorus availability and thereby enhance plant phosphorus uptake.

- This means that for Norwegian farmers, it would be beneficial to grow oats in areas with poor soils that are low in phosphorus availability. Oats, which ranks sixth in the world's cereal production statistics and contains various nutritional compounds such as vitamin E and digestive fibre, are both suitable for human consumption and commonly used in livestock feed, Wang says.

- Previously, we knew that lupines -in particular white lupines -are the best performing plants that use root-secreted organic anions to cope with phosphorus deficiency, but oats actually came out even better, he says.

Wang explains that plants have evolved this quality over time to be able to survive. What actually happens is that the organic anions released from the root break the tie between the soil particles and the phosphorus and the plant therefore can mobilize the phosphorus.

- If there is limited phosphorus in the future, we now know which crops have the capacity to survive under low phosphorus availability. This is important for sustainable food production and food security. Not all plants have this capacity. Some are not able to mobilize unavailable phosphorus, so it is crucial to choose the right plants.

Wang’s PhD study show that canola and oat are examples of plants that have better phosphorus uptake efficiency, while wheat and potatoes have not.

Wang first started testing the chosen crops in hydroponic cultures, and then moved on to pot experiments using agricultural soils low in phosphorus availability. Finally, he carried out trials in a long-term fertilization field.

- We brought it from greenhouse to a field that had been more than 50 years without phosphorus fertilizer application. This is the closest to the real conditions we could come and a more advanced research stage, Wang points out.

- The most important organic anions released by plant roots are citrate and malate, which are also the most efficient players to mobilize phosphorus, he adds.

However, the PHD-student says more field studies are needed to draw a broader picture of the contribution of root released organic anions to phosphorus mobilization and uptake in different soil types, species and growth stages.

- Although phosphorus is limited in many countries, it is not currently limited in Norway. However, in the future, this could also become important for food production here, says Jihong Liu Clarke, senior scientist at NIBIO, and one of Wang’s supervisors.

- Research from other countries can be useful as references, but the crops need to be tested in Norwegian soil. Basically, we need to know what works in Norway, says Clarke.

According to her, this is a new field of research in Norway:

- This is a new research area for NIBIO and Norway, and one we are now establishing through this young scientist.

Clarke also highlights the benefits of the involvement of a Chinese scientist in the project.

Wang is a PHD student from China and has had a short stay at CAAS, one of NIBIO’s partners in the long-standing collaboration with China within fields such as agriculture, food security and safety, plant protection and new technology such as CRISPR on nematodes.

- This is great for capacity building and helps further strengthen the ties between the NIBIO-China collaboration, Clarke underlines. 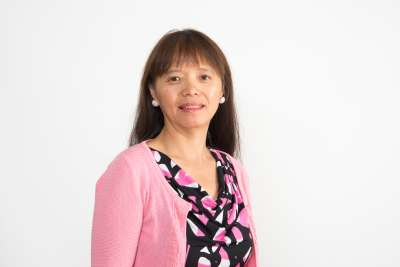 Wang’s PhD public defence will be held in September 2017 and his PhD thesis will be available then.

Yanliang Wang has published three scientific papers from his PhD work in journals of AoB Plants (2015; 2017), Frontiers in Plant Science (2016) and the fourth one was submitted to New Phytologist and is currently under reviewing.