Brown bears’ hair and droppings contain their DNA. This is important for research and management of brown bears. All good in theory, but how does one practically go about collecting DNA?

DNA from bears may answer many biological questions, for example how large a bear population is, how many bear litter exist. Further how the bears use the land within a certain area. So called “hair traps” or bear hair snares are used to collect hair from bears, to provide DNA from the root of hair. DNA is also present in bears droppings, and in Norway, bear feces are therefore collected by national environment authorities, hunters and locals.

Hair traps consist of one barbed wire stretched to a quadrate between four trees, and in the middle, there is a so-called non-rewarding liquid lure. Meaning, the trap does not contain any food or proteins, just an interesting smell to make the bear curious. The lure consists of one and a half litres oily fluid fermented fish guts and bones mixed with oxidised blood from cattle.

– We call it “Chanel no. 6”. It is our speciality. It is like Worchester-sauce for the bear, irresistible for a good nose, says researcher Paul Aspholm, at NIBIO Svanhovd. The research station is located in the Pasvik Valley in the north of Norway. Pasvik has the highest density of brown bears in Norway.

The smell from the lure attracts the bears as it gradually spreads with the wind, and will function to attract bears from of a few kilometres distance. Then as the wind turns direction the bear around will be attracted.

– We have two types of bears – the Trap Happy Bears, which go straight for the lure, and the more sceptical bears which hesitate as they find Chanell no. 6 to smell strange or slightly too human, says Aspholm. The smell from the lure lasts about fourteen days, then it needs to be refreshed. To enter the trap and investigate the scent, the bear has to crawl under or over the barbed wire, depending on its size. In doing so, some of its hair is caught in the wire.

Is this method of collecting hair humane?

– Video surveillance of traps has shown to great extent that this method does the bear no harm. Initially I was very surprised when I heard that the bear remains unharmed, says NIBIO-researcher Alexander Kopatz.

Now NIBIO has about ten years’ experience of this method.  Kopatz stresses that the method is also non-invasive, which means that is does not disturb the bears. The method used is a variant of a method developed in Northern America about twenty years ago.

The researchers divide the area of surveillance into square grids, each covering an area of 5 X 5 Km. In every grid a hair trap is placed. The location is changed after 4 weeks within the square.

– The main question is always, how many bears are there in this area? Studies from America show a slight increase in the amount of hair samples if the trap is translocated.

Kopatz points at a grid map located in the lower end of the Pasvik Valley. In this area of 1400 square kilometres divided into 56 grids, meaning, 56 hair traps per grid over a period of two months.

– This all amounts to a lot of work in the field. Once we are done with the traps in one area, we have to start over and move them to a different part of the grid. It is not very cost efficient, but it is much more effective, and not nearly as expensive and stressful for the bears, as actually capturing them would have been.

How do you transport Chanel no. 6 into the field?

– We buy very cheap backpacks and put it in plastic bags. We only use 1,5 litres for each trap, so it is not too heavy. However, it is important that we carefully plan the location of the traps.

Hair traps are set up in the woods, systematically and spread evenly across the area, whereas people normally collect bear droppings from the roads and paths where they are hiking. Actually, some bears tend to move alongside roads when they wander across larger areas, making it easy for people to pick up the droppings on their way.

The collected droppings and hair are analysed at Svanhovd’s DNA-lab. The laboratory’s genetic database contains over 16,000 samples from more than 3,500 brown bears. Svanhovd also carries out analyses of bear droppings from Sweden, Finland, Russia, USA and Canada.

– In USA, they have a lot of experience as far as hair traps are concerned, however extracting DNA out of the faeces, the bear droppings, appears to be a major problem still. Our lab here at Svanhovd has managed to do this at a high success rates over the last decade. Those methods were really a break through, says Kopatz.

It is easier to extract full DNA-profiles from hair, but bear droppings are still a valuable source of information.

– From hair, about 80 percent of the DNA-profiles we extract are successful; the remaining 20 percent are a combination of hair from other animals and damaged hair roots. From bear droppings the success rate is approximately 50 to 60 percent, says Siv Grethe Aarnes, head of the DNA- lab at Svanhovd research centre in Pasvik.

– Gathering droppings and hair samples are as of now the best methods we have for collecting DNA to monitor our brown bear populations. In future, we may have other ways of doing this, says Kopatz.

One possibility might be drones. Aspholm and Kopatz are soon about to test if a drone can explain why the loss of reindeers has increased by 20 percent in one particular area in Finnmark. Aspholm recently finished his education as a drone operator, and now they are awaiting a drone from the US.

– We want to test drones to figure out if predators kill reindeers in this area. The drone will have a Flir-camera with infrared heat detectors, combined with a normal camera, says Aspholm.

Do you think this might be the future brown bear surveillance?

– Maybe. This technology can be used almost everywhere to check things we normally do not have access to. For example, in Africa drones are used against illegal hunting, says Kopatz.

Still, he is cautious to embrace the new technology entirely.

– First of all, can we actually use drones to monitor predators, such as bears? What if the weather is bad, will we see the animals on the pictures? The purpose of this project is to see if we can really use this method in this area.

Kopatz explains that trees might be an obstacle, as they can obscure the view of animals beneath them. However, in this particular area, there are not many trees, but rather mountains.

What about the future? Do you think it will be possible to use this method in the forest as well?

– It is difficult to say, but it will probably add up to something. With the collection of bear droppings and hair traps, we get a good picture, but not the whole picture. Drones may be a useful addition to the work we are already carrying out. Photo-ID is a technique that can rapidly identify animals based on their anatomy and movement pattern. It would be very interesting to compare how many bears we can see in one area using a camera, compared to the results we get from traps and the droppings we get in.

Video: How to catch hair from a bear. Editing: Alexander Kopatz/NIBIO 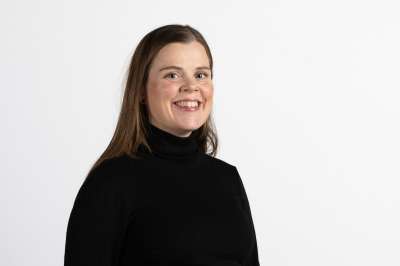