Vitenskapelig – Allelopathic properties of Calliandra haematocephala Hassk. extracts and fractions as an alternative for weed management in quinoa and rice crops

Pastures are botanically diverse and difficult to characterize. Digital modeling of pasture biomass and quality by non-destructive methods can provide highly valuable support for decision-making. This study aimed to evaluate aerial and on-ground methods to characterize grass ley fields, estimating plant height, biomass and volume, using digital grass models. Two fields were sampled, one timothy-dominant and the other ryegrass-dominant. Both sensing systems allowed estimation of biomass, volume and plant height, which were compared with ground truth, also taking into consideration basic economical aspects. To obtain ground-truth data for validation, 10 plots of 1 m2 were manually and destructively sampled on each field. The studied systems differed in data resolution, thus in estimation capability. There was a reasonably good agreement between the UAV-based, the RGB-D-based estimates and the manual height measurements on both fields. RGB-D-based estimation correlated well with ground truth of plant height (R 2 > 0.80) for both fields, and with dry biomass (R 2 = 0.88), only for the timothy field. RGB-D-based estimation of plant volume for ryegrass showed a high agreement (R 2 = 0.87). The UAV-based system showed a weaker estimation capability for plant height and dry biomass (R 2 < 0.6). UAV-systems are more affordable, easier to operate and can cover a larger surface. On-ground techniques with RGB-D cameras can produce highly detailed models, but with more variable results than UAV-based models. On-ground RGB-D data can be effectively analysed with open source software, which is a cost reduction advantage, compared with aerial image analysis. Since the resolution for agricultural operations does not need fine identification the end-details of the grass plants, the use of aerial platforms could result a better option in grasslands.

This study aimed at identifying optimal sward conditions for successful establishment of red clover (Trifolium pratense L.) through sod-seeding two typical Norwegian grassland systems dominated by timothy (Phleum pratense L.) and perennial ryegrass (Lolium perenne L.), respectively. A total of four sod-seeding trials were implemented, two in late summer (SUM) and two in spring (SPR), one for each sward type and time point for reseeding. The sward coverage status was the basis for threshold definition, and image analysis techniques were used for objective coverage estimation of living plants, dead material and bare soil. Plots with different coverage levels (0–100% of the soil covered by vegetation) were created by spraying a broad-spectrum herbicide (glyphosate) in a spot-wise pattern, mimicking common types of patchiness caused by stressful weather events, e.g., frost or mechanical damage from wheels or hoofs. Seed germination and emergence started similarly in all coverage ranges. However, as time progressed clover seedlings started to die at a coverage dependent rate, and at the final harvest red clover dry matter (RCDM) was the lowest on plots with the highest pre-seeding coverage level. Dose-response curves explained these relationships and allowed estimating the effective-coverage ( ECov80 ), being the initial sward coverage at which 80% of all established red clover plants contributed significantly to the total biomass. Above 2500 kg ha−1 RCDM were produced on timothy ( ECov80 : 15–50%) in SUM, while less than 1000 kg ha−1 RCDM were produced on ryegrass ( ECov80:±10% ), indicating better conditions for clover establishment in timothy compared with ryegrass. In SPR, an ECov80 : 10–15% allowed a good red clover estabishment in ryegrass at cut 3, while RCDM was important and significant in timothy even between ECov80 20 and 60%, at cut 2 and cut 3, respectively. These thresholds for sod-seeding mark the challenges to introduce red clover in dense swards and could be applicable for grassland renovation with other desirable legume and grasses species. Our findings represent particular soil and climatic characteristics of the study site, thus should be taken with caution. Due to the lack of experimentally and sytematically determined thresholds for reseeding, future studies could benefit from our experimental approach, as a base for more complex, multi-site and multi-seasonal investigations, and farmers could use these thresholds for decision making on successful grassland renovation, to avoid wasting seed resources and yield loses.

For highly productive regions such as Germany, the increase of wheat grain yields observed throughout the 20th century is largely attributed to the progress in crop breeding and agronomic management. However, several studies indicate a strong variability of the genetic contribution across locations that further varies with experimental design and variety selection. It is therefore still unclear to which extent management conditions have promoted the realization of the breeding progress in Germany over the last 100+ years. We established a side-by-side cultivation experiment over two seasons(2014/2015 and 2015/2016)including 16 winter wheat varieties released in Germany between 1895 and 2007. The varieties were grown using 24 different long-term fertilization treatments established since 1904 (Dikopshof, Germany). Averaged over all cultivars and treatments mean yields of 6.88 t ha−1 and 5.15 t ha−1were estimated in 2015 and 2016, respectively. A linear mixed effects analysis was performed to study the treatment-specific relation between grain yields and year of variety release. Results indicate a linear increase in grain yields ranging from 0.025 to 0.032 t ha−1 yr−1 (0.304 to 0.387% yr−1 )in plots that were treated with combined synthetic-organic fertilizers without signs of a leveling-off. Yields from low or unfertilized plots do not show a significant progress in yield. Responsiveness of mean yields to fertilizer management increases with year of release and indicates small yield penalties under very low nutrient supply. Results highlight the need to consider the importance of long-term soil fertilization management for the realization of genetic gains and the value of long-term fertilization experiments to study interactions between genetic potential and management.

Impacts of nutrient supply and different cultivars (genotypes) on actual yield levels have been studied before, but the long-term response of yield trends is hardly known. We present the effects of 24 different fertilizer treatments on long-term yield trends (1953–2009) of winter wheat, winter rye, sugar beet and potato, with improved cultivars changing gradually over time. Data was obtained from the crop rotation within the long-term fertilization experiment at Dikopshof, Germany. Yield trends were derived as the slope regression estimates between adjusted yield means and polynomials of the first year of cultivation of each tested cultivar, when tested for more than two years. A linear trend fitted best all data and crops. Yields in highly fertilized treatments increased linearly, exceeding 0.08 t ha−1 a−1 for both, winter wheat and winter rye, and ≥0.30 and ≥0.20 t ha−1 a−1 for sugar beet and potato fresh matter yields. Yield trends of winter cereals and sugar beet increased over time at N rates ≥40 kg ha−1 a−1, being 0.04–0.10 t ha−1 a−1 for cereals and 0.26–0.34 t ha−1 a−1 for sugar beet, although N rates >80 kg ha−1 a−1 produced a stronger effect. Nitrogen was the most influential nutrient for realisation of the genetic yield potential. Additional supply of P and K had an effect on yield trends for rye and sugar beet, when N fertilization was also sufficient; high K rates benefited potato yield trends. We highlight the importance of adequate nutrient supply for maintaining yield progress to actually achieve the crop genetic yield potentials. The explicit consideration of the interaction between crop fertilization and genetic progress on a long-term basis is critical for understanding past and projecting future yield trends. Long-term fertilization experiments provide a suitable data source for such studies.

New technologies, such as Differential Global Positioning Systems (DGPS) and Geographic Information Systems (GIS), may be useful in order to create models to predict the spatio-temporal behaviour of weeds. The aim of this study was to generate a geometric model able to predict the patch expansion of S. halepense, a problematic perennial weed in maize crops in Central Spain. From previous infestation maps, the model describes new possible spreading areas for the upcoming growing season, and therefore, herbicide treatments can be planned on time. Two different experiments were implemented, in which initial patch density and size were examined. Patches of different size (1, 10 and 100 m2) and density (4, 20 and 100 shoots m−2), were established. These patches were visually identified, their perimeter defined and their density characterized, during three growing seasons (from 2008 to 2010 campaigns). According to this information different descriptors were built: (1) area and density of each patch; (2) the relative growth in width and length, according to space and time and compared with previous years; and (3) the increased density ratio, calculated in relation of patch size and distance to previous patch in the new infestation areas of expansion. All these descriptors were added to the model in order to predict the patch expansion in the last studied season (i. e., 2010) using previous maps (i. e., season 2008 and 2009). The model uses geometrical assimilation to predict, and two expansion assumptions were considered: (a) a conservative approach based on triangular geometry; and (b) a rectangular geometry which maximizes the simulated infested area. The results were compared with the ground truth map created in 2010. Each method showed weaknesses and strengths. The triangular approach minimized the infested area, mainly in the small patches, and therefore it could predict the expansion of previously established patches, but not the emergence of new ones. In contrast, the rectangular approach simulated the position of new foci, maximizing the infested area. Therefore, although a substantial reduction of herbicides is possible using both models, a final decision must be taken individually for each field.

Image analysis is essential through a wide range of scientific areas and most of them have one task in common, i.e. object detection. Thus automated detection algorithms had generated a lot of interest. This proposal identifies objects with similar features on a frame. The inputs are the image where to look at, and a single appearance of the object we are looking for. The object is searched by a sliding window of various sizes. A positive detection is given by a cascaded classifier that compares input patches from sliding window to the object model. The cascaded classifier has three stages: variance comparison, layers of pixel comparisons and patch correlation. Object model is a collection of templates which are generated from scales and rotations of the first appearance. This algorithm is capable to handle change in scale, in plane rotation, illumination, partial occlusion and background clutter. The proposed framework was tested on high cluttered background aerial image, for identifying palm oil trees. Promising results were achieved, suggesting this is a powerful tool for remote sensing image analysis and has potential applications for a wide range of sciences which require image analysis. 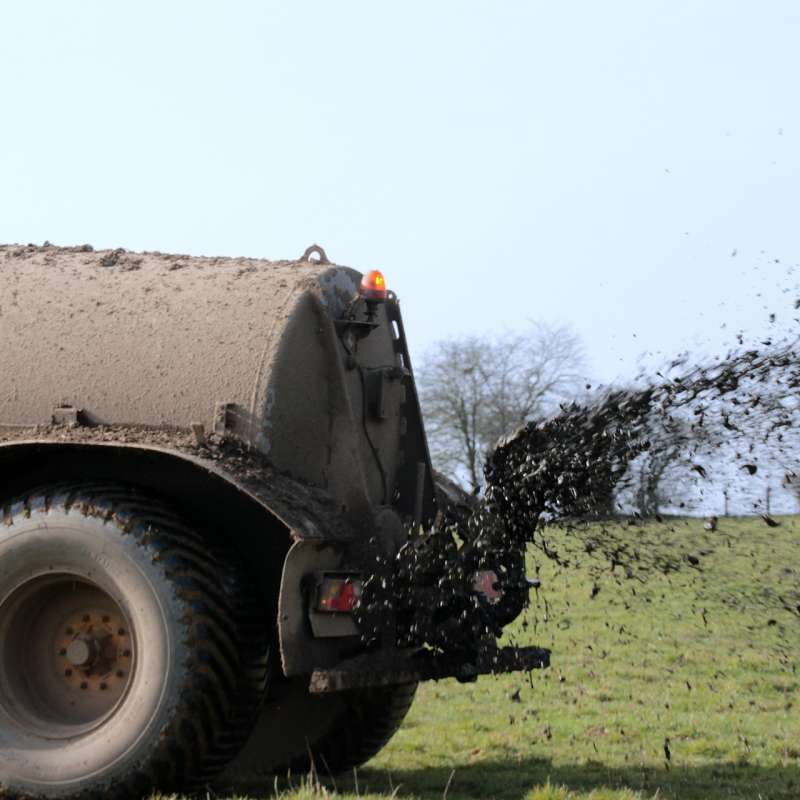